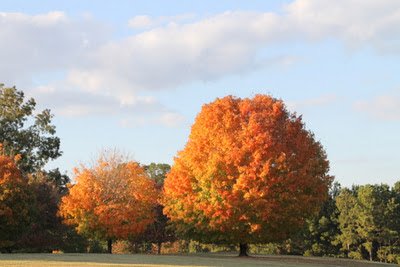 When Fall was at its peak in the area where I live, I regularly passed by a church sign that read, "Artist at work. Slow down." I smiled each time I read that, knowing that the beautiful landscapes all around were, indeed, some of God's finest masterpieces. I did slow down to look at His work and to thank Him for all He had created--and for giving me the vision to see His work.

Along about that same time, a columnist for one of our local newspapers interspersed one of his columns with various quotes about Fall. I especially agreed with this one by Nathaniel Hawthorne: "I cannot endure to waste anything so precious as autumn sunshine by staying in the house. So I spend almost all the daylight hours in the open air." Because I feel as he did, I've been out and about a lot these last few weeks.

Whether walking in my yard or in other scenic spots, I've had experien 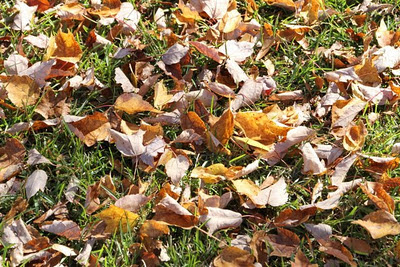 ces similar to the one Eric Sloane described: "A few days ago [as] I walked along...[I] was treated to the crunch and rustle of leaves with each step I made."

Fall...a glorious season indeed! One of God's gifts to us! Let's slow down to look at His work and to take the time to go outside to feel the crispness in the air and to hear crunch of the leaves beneath our feet. 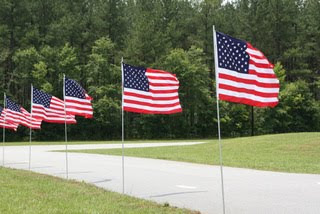 Larry Eckhardt, age 55, stood with his hand over his heart as the hearse pulled into the cemetery. He had driven 225 miles in order to place the thousand flags along the route. He has been performing this kind of service for over five years, assisted by individuals as well as by members of various organizations, such as the American Legion, Veterans of Foreign Wars, and Boy Scouts of America.

He doesn’t charge for his service, of course, but he does gratefully accept all donations to help defray the expenses incurred during his travels throughout his home state of Illinois. He is also appreciative of the volunteers who help him plant the flags along the routes the funeral processions follow.

He plans to continue using this means to salute the fallen soldiers. “This,” he says, “is my feeble attempt to say thank you to every soldier who has ever served and fought to protect the freedoms that I have.”

May we, too, find a way to express our gratitude to those who hav 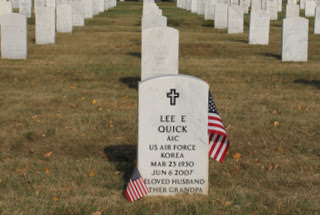 e served. Even if we can’t do something on a grand scale, we can all do something! Even the smallest gesture of gratitude is meaningful.

© 2011 by Johnnie Ann Burgess Gaskill. The photos were taken in Minnesota and Georgia, and are NOT the ones that accompanied the American Profile article mentioned in this post.