I’ve taken lots of “people pictures” here lately. Some have been documentary— the kind that shows the subject in a particular setting and could be used to accompany a newspaper or magazine article that further explains the “who, what, when, where, why, and/or how.”

Other photos I’ve taken have been less documentary and more “expressive.” For example, while attending a kite flying activity at the University of Georgia’s Research and Education Garden in Griffin, GA, I took several images of a mom, her two sons, and their grandparents. After taking one particular close-up image of the younger son, I checked the LCD screen to make sure the image wasn’t blurred, as can often happen when hand holding a camera. 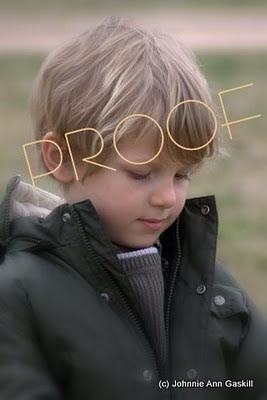 “Oh, look!” I said to the grandmother as I held the LCD screen so she could see.

As I showed the image to the boy’s mother, she asked, “Is there any way we can have copies of these?”

“I’ll be glad to share them with you,” I told her. “Just send me an e-mail at the address that’s on this card.”

When she contacted me several days later, I sent her an invitation to view the photos I’d uploaded to a private album on an on-line site and gave her instructions for downloading the ones she wanted.

She wrote back saying, “I LOVE the pics!!! Thank you SO much….This was an unexpected treat for me and my family…we appreciate it so much! ”

I replied, “So glad you liked the photos! I really love taking pictures, especially of people in “unposed” situations. Their heart/essence really shows during such times—for example, the sweetness/innocence on the faces of your handsome boys. I photographed at my grandsons’ baseball games last Saturday and captured some of the most precious expressions on their faces, too!”

That set me to thinking about other “people pictures” I’ve taken that have become favorites of mine. So, I decided to post a few of them in an on-line album here: http://picasaweb.google.com/johnniegaskill

As I selected the photos, I realized I liked them because they conveyed each subject’s essence—that is, his or her uniqueness or what I like to call “specialness.” The photos I selected also portrayed an emotion each of the subjects was feeling at the time I took the photo. Thus, each photo is a once-in-a-lifetime image since it cannot be recreated. Even if I were to photograph the same subject again in the same setting, the facial expressions and the lighting and even the angle would be different.

So, I love capturing those one-of-a-kind images that convey a subject’s uniqueness. And I do believe that each person has a God-given “specialness” that is to be acknowledged—and celebrated! If I, as a photographer, can capture even a glimpse of that awesome “specialness” then I am, indeed, happy!

I pray that all of the photos I take, not only of people but also of landscapes and flowers and animals and… will convey what the psalmist said to God many centuries ago: “Your workmanship is marvelous—and how well I know it” (Psalm 139:14, New Living Translation).