More, So Much More


When our grandson Bailey (age 17) visited recently, I showed him some digital photos I’d taken of other high school seniors so that he would have a better idea of what kind of senior photos he’d like me to take of him.

After we’d discussed potential places and poses for his pictures, I showed him a sampling of the pictures I’d taken of him through the years. As I clicked quickly from one to another, Bailey seemed to grow up before our eyes.

I said, “Bailey, I can’t believe how you’ve grown!” He nodded and grinned shyly—and a bit proudly—as we enjoyed those few minutes of witnessing his transformation from toddler to teen. "You can easily do things now that you could only dream about doing when you were much younger." 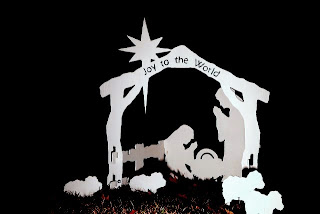 Thinking about that reminded me that Christ is more, so much more, than a tiny baby whose birth we celebrate at Christmastime. His full potential was within Him even then; but, as He grew, those around Him observed more and more of the awesome person He was becoming. Those of us who never saw Him with human eyes have “beheld His glory” by reading His story that’s in the Bible.

Yet, even the most articulate people who wrote the words in the Bible could not adequately tell of the greatness of Christ. But what they do say compels us to worship Him and to praise Him. The more we learn about Christ and the more we experience His presence with us, the more we realize that He is more, so much more, than we realized when we first heard of Him. Thus, Christ becomes sweeter and sweeter to us as the days go by.

He is the image of the invisible God, the firstborn of all creation. For by Him all things were created...all things have been created through Him and for Him. He is before all things, and in Him all things hold together...." (Colossians 1:15-17, NASB).

Posted by Johnnie Ann Gaskill at 8:21 AM