While reading The Impressionist by Tim Clinton and Max Davis, I came across a powerful illustration one of the main characters (Jim Ed) shared with another one (Adam). According to the story, Michelangelo, a famous painter and sculptor during the Renaissance period, was asked how he was inspired to sculpt his now famous “David.”
His response went something like this: “When I first looked at that rough block of stone, I felt David was imprisoned somewhere inside. Since I considered it my divine calling as an artist to free him, I began chipping away everything that wasn’t David.”
Somehow Michelangelo and other sculptors are able to “see” more than what is readily apparent on the surface. For example, many years ago, I watched an artist carve a fluffy-tailed squirrel out of a huge block of ice. Like Michelangelo, he carved away anything that wasn’t part of the squirrel he “saw.” As he worked, ice chips scattered all over the place, leaving behind a beautifully carved squirrel.

I have no clue how artists do that! But as a photographer, I do a similar kind of thing. I look at a scene and then decide what I want to include “within the frame” of the photo I want to make. Sometimes something small delights me, so I zoom in on that, leaving out a large portion of all that my eyes can see.


In like manner, when God looks at you, Dear Reader, and me, He looks beyond our imperfect exteriors and sees the godly person we can become and then consistently chips away at us, removing the things that don’t fit the image of a Christ-like person. We can assist in that process by asking God to reveal to us what needs to go in order for us to become more like Christ, which is God’s ultimate design for each of us. After receiving that knowledge, we, like artists, can chip away actions, attitudes, and words that detract from the person God wants us to be. 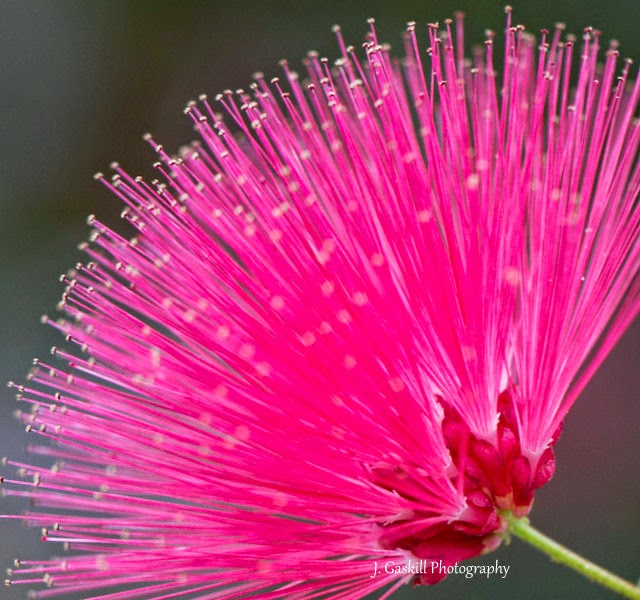